VISION
THE WONDER OF BEING HUMAN

The further we travel, the smaller the world becomes, and yet, it holds infinite stories. These stories—of dreamers and doers, of hope, heritage and traditions that glue us all together—can change the human condition when presented in an authentic way. Stories that show people at their best. Stories that find the wonder in the days, the beauty of the seasons, the earth and the wonder of being human. Our vision is to capture these stories in ways that cultivate respect, create dialogue and inspire global citizenship.

PERSPECTIVE
A WORLD OF CHANGE

Our job is to tell the stories the headlines won’t. Humanity is actually making progress despite all the skepticism and negativity that surrounds us. We’ve seen it through the lens of people who know to heal, to love. We’ve learned about it from the living and dying. We’ve seen it in people who give selflessly of themselves for a cause that may not be their own. We’ve captured stories of the discarded, the forgotten, the marginalized; and the common goal among all of them is a life worth living and a world worth changing.

IN CASE OF EMERGENCY

In Case of Emergency is a documentary that paints a startling picture of our ERs stretched to the breaking point and exposes the extent of our nation’s broken safety net. Our biggest public health crises—from COVID-19 to opioids to gun violence to lack of insurance—collide in ERs, where emergency nurses tackle patients’ physical and emotional needs before sending them back through the healthcare system’s revolving door.
Visit Official Website

REVIEWS
IN CASE OF EMERGENCY

KDHX - 'In Case of Emergency' Enters The E.R. With Nurses

“A moving force of a film… In Case of Emergency does what a documentary should: it reports on a situation, takes a stand, offers perspective, goes places viewers are lucky to avoid, respects its subjects. The film — beautiful and painful — enforces gratitude for nurses and encourages change.” View.

“Will expand your world, at a time when our worlds are so severely contracted.” View.

Shondaland: In ‘In Case of Emergency,’ Documentarian Carolyn Jones Looks at the Incredible Demands of E.R. Nurses

“Shot over two years and into the Covid-19 pandemic, the film is a testament to the courage and strength of these essential healthcare workers.” View.

THE AMERICAN NURSE aims to elevate the voice of nurses in this country by capturing their personal stories through photography and film. In early 2012, photographer Carolyn Jones and her team began a journey across the United States, recording the unique experiences of nurses at work. The photographs and narratives aim to inspire audiences to think about nurses in a way that they may never have before, with a newfound appreciation for this indispensable figure on the front lines of health and healthcare today: the American nurse.
Visit Official Website

“Anyone who spends time in a hospital dealing with illness realizes very quickly how incredibly important those nurses are, how hard they work and how underappreciated they are.”  View.

Nurses get a flattering close-up in photo book | USA Today

“What started as a corporate public relations project became a gritty portrait of nursing as it is practiced in 2012 – not just in emergency rooms and maternity wards, but in prisons, on helicopters, on city streets and in rural homes.”  Read more.

‘The American Nurse’ featured in The New York Times

“When a book is heavy with glossy photographs, you seldom expect too much from its words. In “The American Nurse,” though, it’s the narrative that hits you in the solar plexus.”  Read more.

“I expected warriors out there, and in a way that’s what I found — just not the way I expected,” Jones said. “Nurses do fight to care for us, in spite of ourselves, in spite of the obstacles in their way. And they fix us, and when they can no longer fix us, they make sure that we are comfortable and that our time leaving this earth is as rich as it is entering.”  Read more.

DEFINING HOPE is a story about people weighing what matters at the most fragile junctures in life, and the nurses who guide them. It’s a documentary that follows patients with life-threatening illness as they make choices about how they want to live, how much medical technology they can accept, what they hope for and how that hope evolves when life is threatened. It is optimistic and reminds us that we have choices in how we die.
Visit Official Website

“Almost all of us will have decisions to make or be made for us—the best thing we can do is let someone know what makes life worth living to us personally.”  Read more.

“You wouldn’t necessarily expect a documentary about end-of-life issues to be uplifting. But at the premiere of a new film about the topic, the audience smiled and laughed. At other times, they fought back tears. Many mentioned a resolve to start talking about their wishes and goals.”  Read more.

“It may make you cry, but you will also laugh. It’s a film that hopes to normalize conversations about the end-of-life, and help us make better choices for ourselves and our loved ones.”  Read more.

“Across the US, Defining Hope has mobilized nurses to collaborative grassroots action, to bring the film to their communities, building bridges and promoting dialogue.”  Read more.

The most powerful tools we have to connect to our neighbors – both locally and globally – are our stories. If we can connect with each other through storytelling, we are one step closer to finding the common ground needed to solve our most urgent global challenges.
Visit Official Website

Bill Gates featured the 100 People video on global health on his website The Gates Notes. In 2010, Mr. Gates joined us, along with student scientist and Intel ISEF finalist Matt McIntyre, for an interview about global health solutions.  Read more.

The 100 People statistics and perspective are featured in the French daily newspaper in their “Economy” section.  Read more.

The Washington Post ran a story on the community art show and event hosted by the Loudoun Country Day School to showcase the work they did with the 100 People project. Click the link below to view the article “Pop Go the People of Loudoun County” on their website.  Read more.

CAROLYN JONES is a photographic ethnographer who uses passionate and personal storytelling to examine issues of global and national concern. From people “living positively” with AIDS to women artisans supporting entire communities and nurses on the front lines of our healthcare system, Jones has devoted her career to telling stories that celebrate invisible populations and break down barriers. 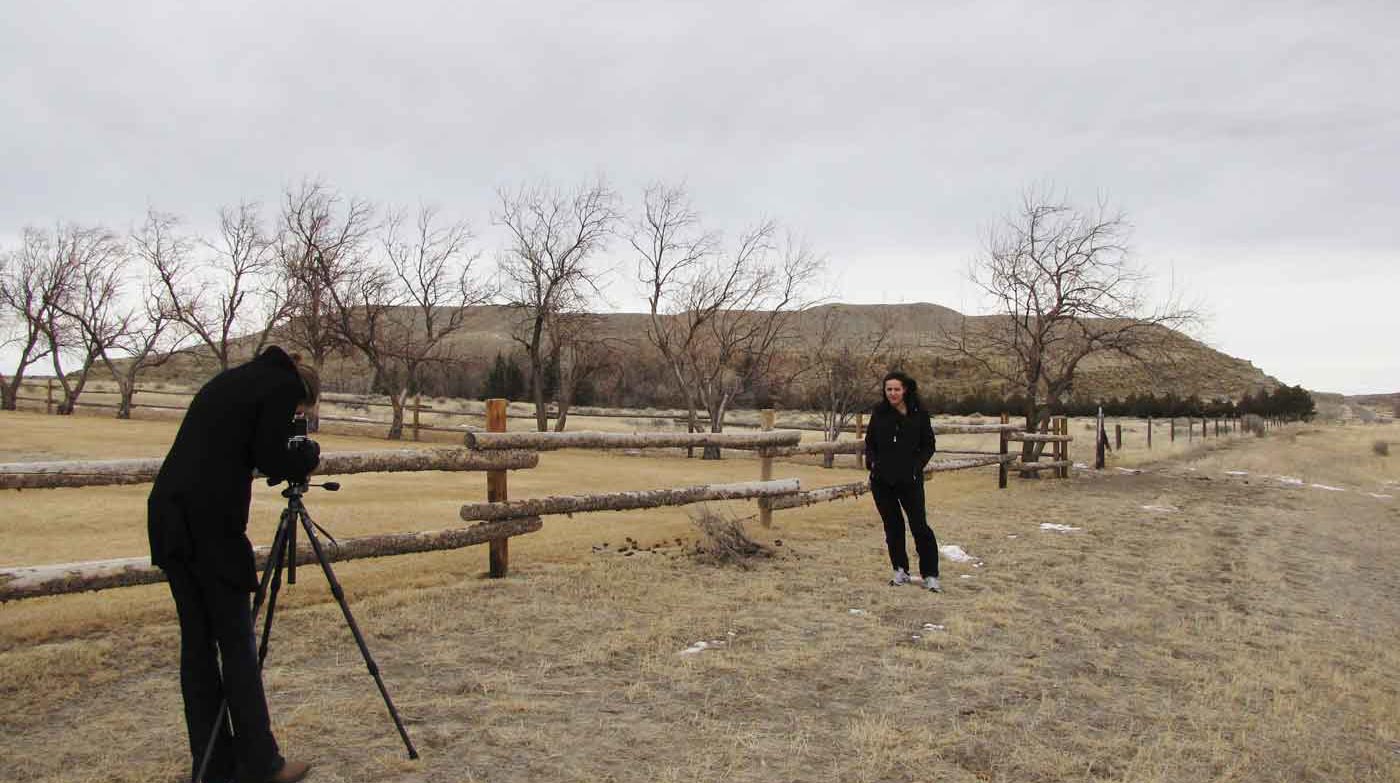 Carolyn Jones has spent the last ten years interviewing, photographing and filming nurses across America, traveling to places dealing with some of the nation’s biggest public health issues. Her feature documentaries include The American Nurse, which was included in the U.S. State Department’s American Film Showcase; Defining Hope, broadcast over 1,000 times on PBS stations nationwide; and most recently, In Case of Emergency, a documentary that paints a startling picture of our ERs stretched to the breaking point, winner of the “Audience Award for Best Film” at the Boston Globe’s GlobeDocs Film Festival.

In addition to her work as a photographer and filmmaker, Carolyn Jones is an internationally renowned lecturer, having spoken at countless conferences, universities, and events around the world. She was a featured speaker at the 2016 TEDMED Conference and at the 2017 ANCC National Magnet Conference. In 2015 she toured Russia with the American Film Showcase, a cultural diplomacy program of the US Department of State. Recently her lectures have focused on her experiences exploring the American healthcare system through the eyes of 150 nurses that she interviewed, photographed, and filmed for The American Nurse Project. 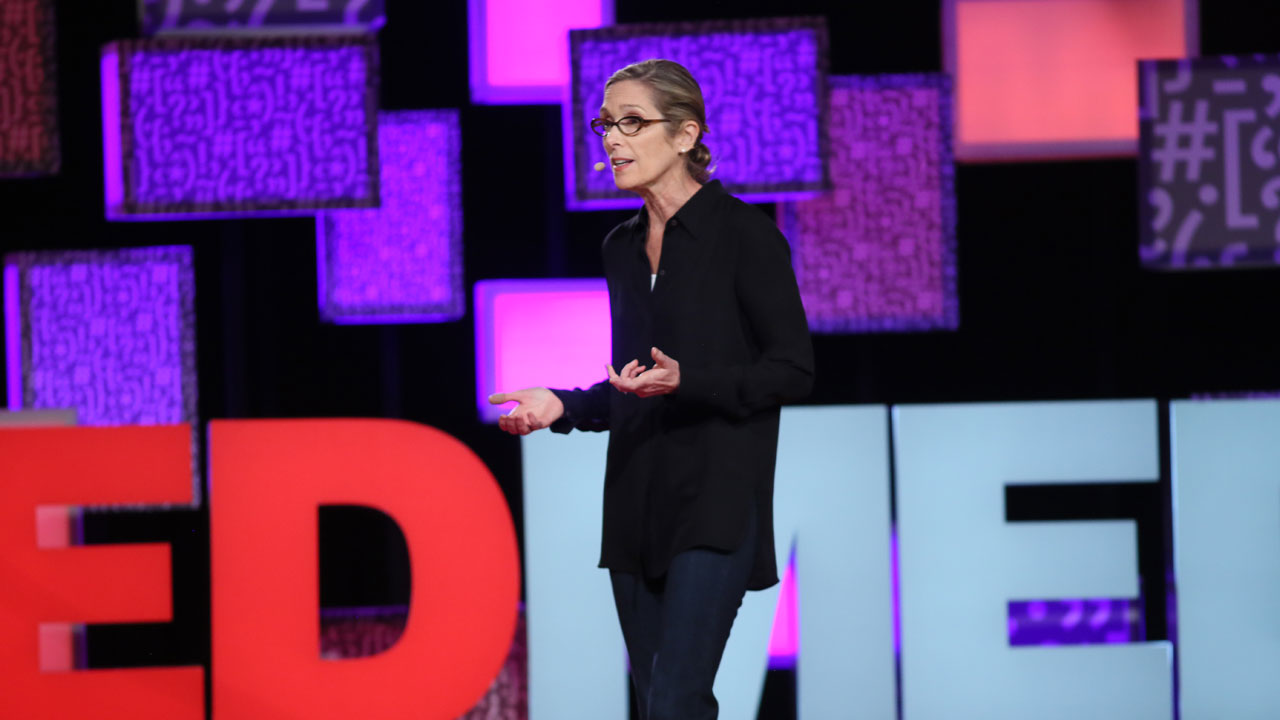 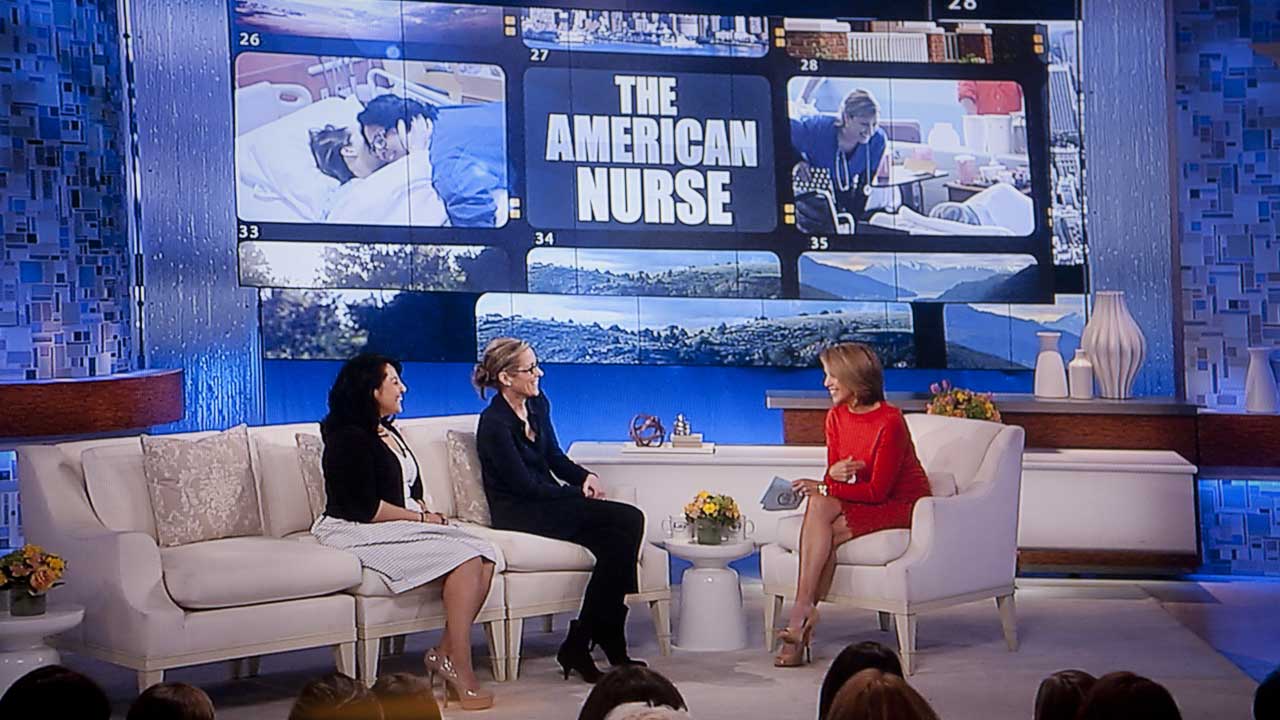 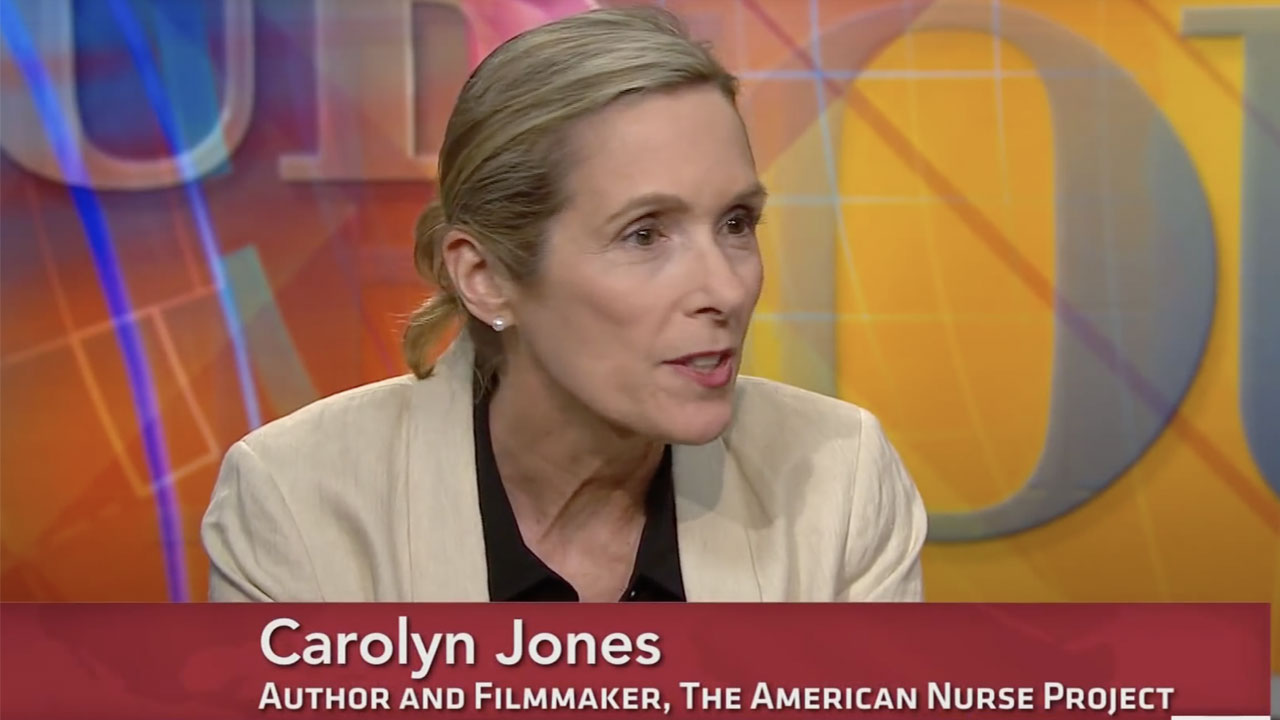